Living overseas but concerned about your UK tax position?

Other countries have their own ways of deciding on what basis they levy taxes which in some cases can be similar to the UK but in others may be completely different. There are various reasons why you may be liable to UK tax whilst resident elsewhere.

An individual’s liability to tax in the UK depends largely on their residence and domicile status.

To find out how ETC Tax can help you with Non Residents please click here and complete the form.

As a non-resident person you will be chargeable to UK income tax on :

This list is not necessarily exhaustive but represents common income sources.

If you are a British citizen (or citizen of another EEA country) you will be entitled to a tax free personal allowance. As a non-resident you are required to claim the allowance. A claim should be made for any year in which you have UK income on a form R43. Any income in excess of the personal allowance will be taxed at the usual rates of income tax – basic, higher and/or additional rates.

In general, a non-resident will not be chargeable to UK capital gains tax on disposal of assets.

This will apply to UK assets as well as overseas assets, except in the following scenarios :

An individual who has been non-resident for less than 5 complete tax years will be assessed in the year of his return to the UK on:

This only applies to individuals who are considered to be habitual UK residents i.e. those who had been resident in the UK for four or more of the seven years prior to their departure.

With effect from 6 April 2015, if as a non-resident you make a disposal of UK residential property, you will have a liability to UK capital gains tax. You must notify HMRC of a disposal within 30 days of the conveyance or you will be liable for a penalty. You may also have to pay any tax due within the 30 day period. There are exceptions to this, for example if you already file UK self-assessment tax returns. In this case you may be able to delay payment of the tax until your normal due date for payment.

The disposal must be reported on the form “Non-resident: Report and pay Capital Gains Tax on UK residential property” available on HMRC website. This includes a computation of the capital gains tax liability so you may require assistance from a tax adviser/agent to prepare the return. There are automatic penalties and interest for late filing and late payment of tax, so if you require assistance this should be sought immediately to meet the 30 day deadline. ETC would be delighted to assist with this.

It is possible to be resident outside the UK but still be liable for UK inheritance tax. UK Inheritance tax is payable by all individuals who are UK domiciled (or deemed domiciled for IHT purposes). The concept of domicile is a legal one, not tax. However there are various situations where as a matter of general law you may be domiciled in a country other than the UK but will be deemed domiciled for UK tax purposes. Further information in relation to domicile can be found here.

Interaction of taxes in the UK and overseas

There are situations in which individuals can have tax to pay in the UK and an overseas jurisdiction. This could be because you are treated as a resident for tax purposes in both countries, or because you are resident in one jurisdiction but with income arising in another.

In such a scenario the first question is whether there is a double taxation agreement (“DTA”) in place between the UK and the other country.

If so, the DTA will provide a so-called “tie-breaker” clause which will determine which of the two countries you will be considered resident in. The UK has an extensive network of DTAs with other countries.

The DTA will also set out which country has taxing rights in relation to certain types of income. This is important to prevent any double taxation. This can mean in most cases that you effectively suffer tax at the higher rate of the two countries.

The ETC Tax team have extensive experience in advising on the application of DTA’s. 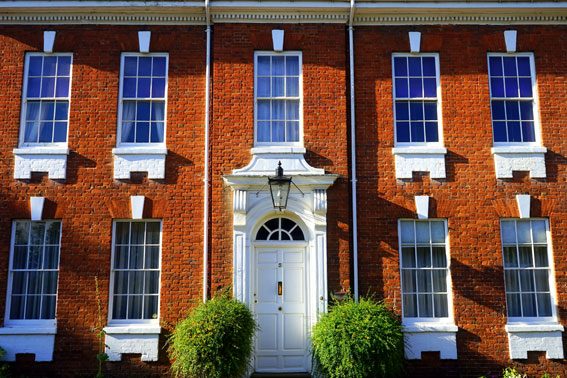 A non-UK company is only subject to corporation tax on a UK based trade or from profits attributable to a Permanent Establishment (PE). This meant that if a non-UK resident property …

How it used to be To state the basics, SDLT is a tax that is levied on the Purchaser. It is applied to the acquisition of interests in land (for example freehold and …

If you are unsure as to your UK tax position or obligations we can assist. The services we offer include: