Capital losses – shares and loans – what can I claim?

As a result of the current economic situation, many individuals will have realised capital losses in respect of their share interests (whether that be shares held via a personal share trading account or shares in their personal trading company which has unfortunately ceased to trade). Many will be wondering what tax relief is available to compensate for the loss of your investment and how do you go about making a claim. There are strict time limits set by HMRC to make claims for losses realised and so you should take care not to miss the deadline.

Under normal rules, a loss on a disposal of shares is relieved like any other capital loss. It must first be set against gains in the same tax year and any excess is carried forward. This is the standard position for all shares except for ‘qualifying shares’ which are subject to more generous relief known as ‘share loss relief’.

Capital losses made in respect of qualifying trading company shares which have been subscribed for, which include EIS and SEIS shares, can be used as either capital losses (as above) or can be set against net income of the current or preceding year under a share loss relief claim. This is the only time a capital loss can be offset against income and produces a bigger tax saving if you are a higher or additional rate taxpayer.

There is a restriction on the amount of loss which can be offset against your income and this depends on the level of your income.

What if I still own the shares?

If you have not physically disposed of the shares but these are now worthless or of ‘negligible value’ (i.e. the company is in liquidation or receivership) you are still able to realise a capital loss by way of a deemed disposal which is known as a negligible value claim (“NVC”).

When a NVC is made the loss can be treated as a current year loss either of the tax year in which the claim is made, or of any of the two preceding years (providing the shares were both owned and of negligible value at this earlier point).

The shares must be owned by the individual claimant at the time the NVC is submitted and you will require evidence that the shares are of negligible value. If the company is dissolved this will be treated as a disposal and will fix the date the loss arises, withdrawing any flexibility to claim such loss at an earlier date.

If the shares are qualifying trading company shares, you may be able to claim share loss relief and the loss can be used against your net income of the current or preceding year (subject to restriction).

The NVC has to be made within one year of 31 January following the tax year year in which the loss occurred.

The legislation currently states that this will only apply if the trader who borrows funds is UK resident. The Finance Bill contains a provision to amend the legislation so that there is no restriction for new loans made to non-UK companies after 23 January 2019.

The capital loss will be the amount of loss which is irrecoverable, and this loss can only be offset against capital gains realised – there is no provision to offset such losses against income.

However, the loss can be treated as a current year loss either of the tax year in which the claim is made, or of any of the two preceding years (providing the loss was irrecoverable at this point).

Claims must be made within 4 years of the end of the tax year in which the loan became irrecoverable or in which a payment under a guarantee was made.

At ETC Tax we have an experienced and specialist team who have a wealth of experience in advising individuals on loss claims.

If you or your client would like any assistance in relation to any of the issues raised above, then please get in touch.

Employment Related Security (ERS) – What Does It Mean?

Tax Actually: call for wealth tax grows, but will it work? 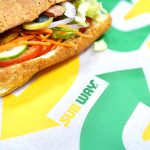