As the poet, William Blake, once said, “hindsight is a wonderful thing, but foresight is better”.

This particularly rings true when devising a corporate exit strategy and ensuring the applicability of Entrepreneurs’ Relief (ER) for those wishing to exit the business. 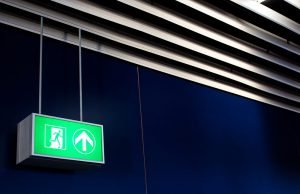 Naturally, it is preferable for a shareholder to structure their actual shareholding in line with their intended shareholding, at the outset, or well in advance of any exit. The consequences of even narrowly missing the rigid criteria required for ER is often significant and may result in unforeseen tax consequences.

ER has been targeted by HMRC in recent years. Specifically, the Finance Act 2019 introduced measures to tighten up the applicability of ER, such as the requirement to now hold the relevant shares for a minimum of 2 years prior to the disposal. Alongside this, HMRC have mounted a number of challenges within the tax tribunals, particularly in relation to the narrow, yet significant concept of ‘ordinary share capital’.

Recent case law highlights the importance of correctly structuring corporate shareholding and aligning shareholders’ intention with the intended categorisation of shares, with a view to exiting the business.

In order to satisfy the ER legislation, a taxpayer must hold at least 5% of the ordinary share capital and voting rights, for at least two years (previously 1 year), prior to the relevant disposal.

“all the company’s issued share capital (however described), other than capital the holders of which have a right to a dividend at a fixed rate but have no other right to share in the company’s profits.”

Interpretation and Application of the Legislation in the Courts

The key difficulty presented in applying the legislative definition of ordinary share capital is identifying whether a dividend is payable at a fixed rate.

The First-Tier Tribunal held that the deferred shares did amount to ordinary share capital. Therefore, the taxpayers’ shareholding was diluted below the required 5% to 4.99%. As a result, the taxpayer was not entitled to ER.

The taxpayers were successful in the First-Tier Tribunal having argued that the non-voting redeemable shares fell outside of the ordinary share capital definition because, a fixed rate dividend was substantively the right to a fixed rate dividend of 0%. The taxpayers drew on the comparative treatment of zero rating in the context of VAT, whereby although some goods and services being taxable to VAT at 0%, they are technically still chargeable to VAT.

However, the Upper Tribunal was not convinced by this. It was concluded that the non-voting redeemable shares did amount to ordinary share capital and therefore, the taxpayers could not claim ER.

In the most recent case of Warshaw v HMRC [2019] TC08674, the taxpayer, Mr. Warshaw, disposed of his total cumulative shareholding of 5.777% in a corporate group, which consisted of Ordinary A shares, Ordinary B shares and Preference shares.

The preference shares gave the right to a dividend at the rate of 10%, calculated on the subscription price and (if applicable) the aggregate of unpaid dividends from previous years.

HMRC argued that, because the preference shares gave the right to a dividend at the rate of 10%, this amounted to “a dividend at a fixed rate” and resultingly fell outside of the definition of ordinary share capital. Alongside this, Mr. Warshaw’s remaining shareholding of Ordinary A shares and Ordinary B shares only amounted to 3.5% of the total shareholding. As a result, if HMRC’s interpretation was correct, Mr. Warshaw would not be entitled to ER on any of the shares.

The FTT concluded that the Preference shares did fall within the definition of ordinary shares and as a result, Mr. Warshaw was entitled to ER on his entire shareholding of 5.777%.

The Tribunal held that although the articles provided the right to a dividend at the rate of 10%, the dividend was not actually fixed. Instead, it was held that there are a number of elements that contributed to the calculation of the dividends on the Preference shares and only the percentage element was fixed. In this circumstance, the amount that the percentage element was applied to is variable and therefore, this resulted in the Preference shares falling within the definition of ordinary share capital for ER.

As applicable from 6 April 2019, shareholders may now retain their entitlement to ER where their relevant shareholding has been diluted and would have previously been lost. This is particularly relevant where a company seeks investment through the issuing of new shares. Substantively, the new rules provide for a deemed sale and re-purchase by the shareholder at the point that the new shares are issued, any gain at this point is crystallised, and ER will apply. A further election may be made to defer the payment of tax to the actual point of sale. The underlying purpose of this is to promote continued growth and investment within businesses.

In Castledine and McQuinlan, had this been available, this would have provided an alternative option for the businesses to obtain finance, whilst still providing the taxpayers with ER.

Alongside the above, the ER legislation now provides that a taxpayer must now own the ordinary share capital for 2 years prior to the relevant sale, as opposed to the previous requirement of 1 year. As a result, if there is any uncertainty relating to a particular shareholding and the intention is to dispose of that shareholding, it is advisable that the shareholder seeks specialist advice to review and categorise all complex scheme arrangements. This will ensure that, ordinary share capital will be correctly identified, and any changes may be implemented before the crystalisation of a gain, to ensure that the aims of the shareholder are met.

Recent case law exemplifies HMRC’s proactive approach in targeting ER, where there is an element of uncertainty and room for differing interpretations.

The underlying approach by HMRC to challenge any uncertainty should also emphasise the necessity for clarity in relation to structuring a shareholding, so as not to offer any room for HMRC to exploit any ambiguity on the disposal of shares. Where the intention is that any issued shares should not form part of the ordinary share capital, those shares should be prescribed the right to a fixed amount each year. In substance, this could be a nominal amount, however this will be enough to ensure that the shares fall outside of the ordinary share capital definition and do not attract ER.

Overall, although the definition and categorisation of shares is very specific, the potential consequences of falling outside of the intended categorisation may be significant and would likely result in a large amount of unintended tax being payable.