It should be noted that, following the Supreme Court’s decision in May 2021, the concept of ‘staleness’ is not recognised for the purposes of discovery assessments. For more information, see here.

In HMRC v R Tooth [2019] EWCA Civ 826, the Court of Appeal has quashed a HMRC discovery assessment finding that it had gone “stale”. 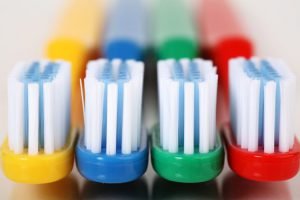 The Court of Appeal considered two issues: whether HMRC had made a “discovery” and whether the taxpayer had acted deliberately in submitting a self-assessment that was insufficient.

Mr Tooth had participated in the Romangate scheme to create an employment loss in the 2008/09 tax year. The claimed loss was carried back and set against his 2007/08 income. While the scheme purported to give rise to an employment loss, due to software problems, Mr Tooth’s accountants included the loss on the partnership pages of his return. The return included a disclosure about the scheme and included a note to say that a DOTAS number had been applied for but not received.

HMRC opened an enquiry into the 2007/08 return under Sch 1A of TMA 1970, which was the wrong section. The enquiry should have been opened under s9A TMA 1970.
The Romangate scheme was defeated in 2012.

HMRC raised a discovery assessment in 2014.

The normal time limit for HMRC to raise a discovery assessment is 4 years, extended to 6 years where the taxpayer was careless and 20 years were the error was brought about deliberately.

In Mr Tooth’s case, HMRC’s discovery assessment was more than 6 years after the tax year in question and it relied on the argument that the behaviour was deliberate.

The Court of Appeal in its decision revisited the concept of “staleness” and concluded that HMRC had been aware of the insufficiency of Mr Tooth’s self-assessment for some time but had not acted on that knowledge and delayed raising the correct type of assessment, having initially raised an enquiry under Sch 1A TMA rather than s9A TMA.

The Court of Appeal concluded that there was no new discovery, that it had gone “stale” and therefore the assessment was invalid.

HMRC had claimed that Mr Tooth’s behaviour was deliberate.

The Court of Appeal concluded that there was no inaccuracy on the return since although the losses claimed were included in the partnership pages, rather than employment pages, the return included a full explanation of what had been done in the white space section. The Court of Appeal therefore held that there was no deliberate inaccuracy. Nonetheless, this resulted in an insufficiency in the assessment since the entry of the loss into the partnership section of the return was processed automatically by HMRC and, as a matter of fact, caused his self-assessment to be insufficient.

While the taxpayer won in this instance, the judges’ comments on deliberateness are not welcome and suggest some further extension of what might be considered deliberate behaviour. Given HMRC’s increase robust approach to enquiries and investigations, this could give further weight to attempts to raise discovery assessments beyond the 6-year limit where there was carelessness.

For more information on discovery assessments please feel free to contact our team of helpful tax advisers, or be sure to read some more about tax cases and HMRC below…