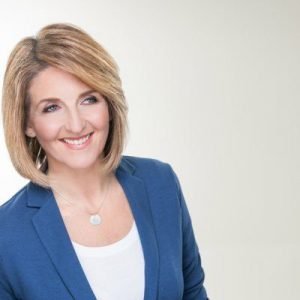 As has been previously noted on the pages of this ‘blog, the vocabulary employed by HMRC to describe its pursuit of those whom it regards as unfairly dodging their fair share in tax is somewhat muscular.

For instance, in its most recent annual report, published in July last year, it stated that its systems and the skills of its specialists meant that it was able to “respond with maximum impact to tackle deliberate tax avoidance and evasion” (Source.)

It’s not the only instance of the Revenue puffing out its chest and boasting of success in claiming tax from those who apparently don’t want to hand it over.

Back in 2015, it used the occasion of a favourable ruling to trumpet how tax tribunals found “in HMRC’s favour in around 80 per cent of avoidance cases that taxpayers choose to litigate” (Source.)

That statistic is one which has been quoted often in the years since, giving the Revenue the intimidating aura of an ace gunslinger from the days of the Wild West almost to deter taxpayers from getting involved in a shoot-out.

However, I wonder if – to continue that rootin’, tootin’ analogy – whether HMRC’s top brass have been watching too many films by the acclaimed director John Ford.

One quote from one particular movie – ‘The Man Who Shot Liberty Valance’ – comes to mind in which one character remarks: “When the legend becomes fact, print the legend”.

That’s because HMRC’s actual record in addressing relatively contentious issues such as the IR35 rules is rather less glowing than it makes out.

Last month, the TV presenter Lorraine Kelly won a demand for more than £1.2 million in Income Tax and National Insurance contributions (NICs), partially by arguing that her chirpy, bubbly on-screen persona was something of an act employed to charm viewers (More…)

Now, another First-Tier Tax Tribunal has decided that another popular broadcaster shouldn’t have to cough up the £81,000 in PAYE and £43,000 in NICs sought by the Revenue.

The case hinged on two years in which Kaye Adams, a former regular on ITV’s ‘Loose Women’, had fronted a mid-morning show for BBC Radio Scotland between 2015 and 2017.

HMRC alleged that even though she was engaged through her personal service company, Atholl House Productions Limited, her role meant that she should have been taxed as a member of the Corporation’s staff.

The tribunal disagreed, noting Ms Adams 20-year career as freelance journalist contributing to various print and broadcast media outlets. Furthermore, it pointed out how she had not been entitled to any “holiday or sick pay, maternity leave or a pension entitlement” under the terms of her arrangements with the Beeb.

As a result, it concluded that each of the one-year contracts which Ms Adams had signed was, therefore, “contract for services and not an employment contract” (Source.)

It’s also a decision which reverses the momentum HMRC established with a ruling last year which left former regional news presenter Christa Akroyd having to pay £419,000 in back taxes.

Even that judgement, though, was reckoned to be one of the Revenue’s rare victories in its efforts to enforce so-called “off-payroll” rules (Read More…)

The tribunal decision in favour of Kaye Adams is the fifth IR35 ruling to go against HMRC in the last six cases to come before a tribunal, according to one estimate (More Info.)

Indeed, HMRC’s form in this area over the last decade is rather miserable.

The apparent similarities between Ackroyd and Adams’ activities yet polar opposite outcomes might cause one to scratch one’s head.

Indeed, despite not being bound by a fellow FTT’s decision, in this case the FTT was at pains to point out its reasons for reaching a different conclusion [see Para 130].

Firstly, in Ackroyd, it was pointed out that the contract between the BBC and Ms Ackroyd’s Company was 7 years in duration (and this itself followed a contract of 5 years). In contrast, each contract in the Adam’s case was for approx 1 year.

Secondly, Ms Ackroyd’s non-BBC related income, when compared to her BBC income, was almost non-existent for the relevant years. Whereas, Ms Adams, a familiar face to Loose Women viewers, was much more extensive…

Next, Ms Ackroyd was given a clothing allowance whereas no such allowance was made to Ms Adams.
In the earlier case, the FTT had also found as a fact that the BBC had first call on Ms Ackroyd’s time, that Ms Ackroyd attended BBC training sessions and that Ms Ackroyd could be told by the BBC whom she was interviewing. None of these were found to be present in the relationship between Ms Adams and the BBC.

Finally, Ms Ackroyd was required to obtain the consent of the BBC for her non-BBC engagements. This was not the case in Adams

Despite licking its wounds, the Revenue has not totally admitted defeat, maintaining that it is considering an appeal.

Nevertheless, one would hope that such an appalling record of enforcing these anti-avoidance measures will now lead it to review its own approach to IR35 cases. Especially as the rules are set to be extended from the public to the private sector next year.

After all, one assumes that HMRC has some responsibility to minimise expenditure (taxpayers money) in its approach to ‘maximising revenues’.

After all, ’turnover is vanity and profit is sanity’

For more info on the topics raised above and/or if you have concerns about IR35 and tax investigations simply contact our team of helpful tax advisers. You can also read more about HMRC below…