With 2019 set to be another big year for films, video games and television with highly anticipated new releases and box office records to be broken, the creative industries are pushing itself to new heights.

Recognising the contribution the creative industries make to the economy, the UK has a number of tax reliefs to further support their growth. In particular, there are tax reliefs for companies in the video games, animation, films, high-end television, theatre, children’s television, orchestra’s and finally museum and galleries exhibitions. 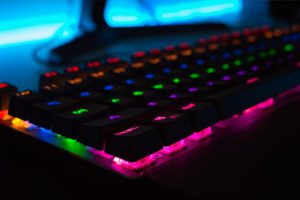 All eight of these reliefs work by increasing the amount of expenditure that can be deducted from the company’s profits and therefore reduce its taxable profits.

If this pushes the company into a loss position or if the company is already in a loss position ahead of the increased allowable expenditure, the company may be able to surrender this loss into a repayable tax credit. Note that these reliefs are considered State Aid under EU competition law and in certain circumstances will mean that details of the relief the company has received will be published.

Not all expenditure is increased for the purposes of the reliefs: it is only qualifying expenditure that directly relates to the production that is considered meaning that indirect costs such as accountancy and marketing do not qualify.

In order to qualify for the relief,

There are a number of specific conditions that must be met to potentially qualify including:

• the company must be liable to corporation tax;

• the company must meet a number of specific conditions in regard to the production and development of certain creative industries;

• a “cultural test” must be satisfied to certify that the production is of a British TV programme, British video game or British film (note that the film is not required to be a cinema release). The certification must be carried out by the British Film Institute. The remaining industries do not require certification.

Note here that the term is British programmes, video games and films; the British element of the production can be as simple as having 10% of the total production costs relating to activities in the UK so a company may still for the relief even if the majority of the production is actually carried out overseas.

Interaction with reliefs for Research & Development

In some cases, this may be appropriate and providing that the expenses that are claimed under the creative industry are also not claimed under R&D relief, then claims under both schemes can be made. This will be particularly useful when the new R&D rules come into force which will cap the repayable credit for loss making companies to three times their PAYE and NIC liability for that tax year.

However, one should note that the creative industries reliefs can fall under EU State Aid rules, which does not allow R&D relief to small and medium sized companies that are already receiving State Aid. In such instances, the company will need to decide which relief to claim: the relevant creative industry relief or the R&D relief. Alternatively, the company might be able to claim relief via the lower level Research and Development Expenditure Credit (RDEC) as well as the relevant creative industry relief.

Again, if a large company qualifies for R&D relief under the RDEC scheme as well as creative industry relief, a claim can be made under both schemes on the basis that the expense is only claimed once.

Interaction with EIS and SEIS relief

EIS and SEIS relief allows investors to claim a tax reducer against certain qualifying investments. If the company that is making the creative industry relief claim also qualifies for EIS/SEIS status, then the individual investor is still able to make a tax relief claim under EIS/SEIS.

Further information on R&D tax credits and the RDEC scheme can be found in the Research and Development section of our website or contact us for more info. Read more about tax reliefs below…