The tax industry has long since been viewed as one of the professions in which careers are pursued, if not in secrecy, then certainly with the sort of discretion required when dealing with often confidential details of individuals and companies. 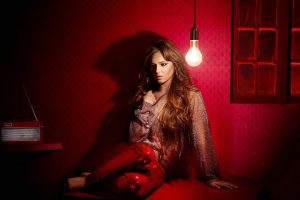 Nevertheless, that assumption hasn’t curbed a notion which has surfaced in recent years; namely, that HMRC recognises the effect of celebrities being exposed as not having contributed their fair share in tax in deterring others from also dodging their dues.

Since achieving renown as a member of the chart-topping boyband Take That, Gary Barlow was regarded as one of the nation’s favourite, squeaky-clean entertainers before it emerged that he had invested millions of pounds in a tax avoidance scheme.

Even so, Jimmy Carr complained that he was treated more savagely for his own involvement in a Jersey-based avoidance scheme because he’s a controversial comedian unlike Barlow, whom he described as a “national treasure“.

More than simply making comedians the butt of others’ tax-related jokes, it’s also been suggested that the whiff of scandal about stars’ finances has been enough to scupper the chances of some of football’s leading names being nominated for official honours.

The latest individual to catch the authorities’ eye is Cheryl Tweedy, a former member of the all-female group Girls Aloud, who has been accused of participating in a scheme which the Revenue regards as most certainly not being allowed at all.

So eager is HMRC to trumpet the case against her, in fact, that the Sunday Times has reported that it tried to make the allegations against the personal company through which she routes income from her career the subject of a lead case in court action against 56 businesses which it claims have engaged in similar avoidance.

Although the story is of interest to news media now, it’s clear that the scheme to which Ms Tweedy apparently signed up has been on the Revenue’s radar for some time.

Back in 2009, the BBC revealed that HMRC had regarded the structure, known as a the Growth Securities Ownership Plan (GSOP), as amounting to “aggressive avoidance“.

The scheme had been devised by a US based international accountant firm and allowed employees a stake in the performance over time of privately-owned companies, whether they were very small enterprises or larger businesses.

The idea is that if the business did well, the individuals involved would not pay Income Tax or National Insurance contributions on the profits accrued but Capital Gains Tax instead, which is charged at a much lower rate.

The account firms defence of the GSOP structure as not being “a tax wheeze” didn’t stop HMRC determining in 2016 that “the schemes do not work“.

Furthermore, the Revenue promised to “act swiftly and rigorously” to challenge any efforts to justify the plan’s merits.

It should have come as no real surprise, therefore, when the firm was sued in April 2018 by a business to which it had allegedly recommended a GSOP as “legitimate tax planning” (Read More…)

HMRC was reported to have later asked the company concerned, R&M Electrical Group, to cough up £692,364 in tax.

No decision has yet been reached by the tribunal which is to deliberate in Cheryl Tweedy’s case.

That hasn’t prevented the Revenue trying to set the tone, as it has done in other aspects of its campaign to close the so-called ‘tax gap‘ – the difference between the tax which it is paid and the amount which it believes it should receive.

In a press statement, it has claimed that £128 million has already been received from those who had opted for GSOPs and recognised the error of their ways.

All that suggests that the ‘Messy Little Raindrops’ which might now be darkening Cheryl Tweedy’s horizon are, in fact, turning into ‘The Flood’ that swells HMRC’s coffers and perhaps deters others from trying to outflank the taxman.

For more information on any of the topics raised above, please contact a member of our helpful tax advice team, you can also read more about tax avoidance below or read about Lorraine Kelly and the recent IR35 case with HMRC.