A (Beauty) Spot of Bother – Does FTT Decision Provide a VAT Facelift for Cosmetic Treatments?

We live in an age when we’re bombarded with images of toned physiques and blemish-free complexions everywhere that we turn. 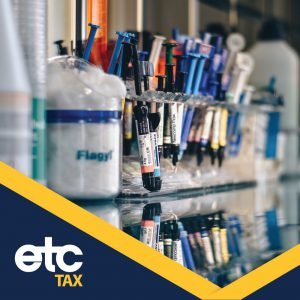 With cosmetic perfection so ubiquitous in reality television shows, movies and advertising, it’s no surprise that some people feel the need to tinker at least a little with what nature has given them.

The effect on the economy amounts to more than a slight surgical tweak too: one report has suggested that sales of aesthetic procedures in the UK amount to some £3.7 billion each year.

Given those sums, the interest of HMRC in claiming its share of the revenues generated is to be expected.

The Revenue’s likely ‘take’ could itself have been enhanced by a new First Tier Tax Tribunal (“FTT”) ruling concerning the VAT paid by a London cosmetic clinic for injections of botox and tackling customers’ troublesome toenails.

Such treatments are, of course, exempt from VAT if it can be shown that they have been performed for medical reasons and not just for the sake of vanity.

When challenged by HMRC in 2016, Skin Rich successfully argued that its provision of botox and fungal nail infection treatments should indeed be classed as healthcare.

However, after a review, the Revenue concluded that the clinic was offering services for rather more superficial reasons and demanded just over £21,000 in VAT for a three-and-a-half year period stretching from May 2013 to November 2016.

In a newly-published decision, a tax tribunal has agreed.

Skin Rich maintained that its treatments had been given by medically-trained persons but “the FTT was not satisfied” that their “principal purpose” was “the protection, including the maintenance or restoration of health”.

The ruling has been interpreted as bad news for the cosmetics industry, given that the price of treatments may become as inflated as a pair of lips plumped up with collagen.

So far, so good for HMRC, you might think.

Will the Cost of Beauty Rise?

According to the NHS, the cost of botox injections ranges from £100 to £350, “depending on the clinic and the area being treated”.

It has made clear that “botox injections for cosmetic reasons are not available on the NHS”. However, there is a difficulty – a beauty spot, if you will – that some individuals anticipating a windfall for the Revenue might have overlooked.

Botox – which the NHS describes as “one of the most poisonous natural proteins” – is also used for clinical purposes, including the treatment of migraine, among other conditions.

In addition, as one of the bodies representing practitioners involved in providing treatments – the British College of Aesthetic Medicine – the European Court of Justice has already indicated to HMRC that it’s up to the clinicians concerned and not the taxman as to whether the reason is medical or ‘purely cosmetic’.

Whilst the Skin Rich decision is being interpreted as part of a new front by the Revenue in its drive to maximise tax revenues, one of the College’s founders and Fellows has revealed that the issue of how cosmetic treatments are treated for VAT purposes has been the subject of a dialogue stretching back more than a decade.

In fact, HMRC’s ongoing attempts to eke cash from the burgeoning domestic beauty industry have parallels with its efforts to crack down on image rights’ payments made to professional footballers and so-called ‘disguised remuneration‘ schemes, both of which have been covered elsewhere on this ‘blog.

Before its approach had been emboldened by a European Court ruling about how it dealt with the matter of VAT and the Avon lady, it sought to raise an extra £500 million a year by expanding (if you pardon the pun) the scope of its interest in aesthetic treatments.

Under the then Chancellor of the Exchequer George Osborne, it wanted to apply VAT to “invasive” procedures, such as breast augmentation, liposuction and facelifts, in a move which the tabloids dubbed ‘the boob tax’.

A Beautiful Rise in… Revenue

Even if we set aside the issue at the heart of the latest tax tribunal ruling – namely, whether a cosmetic procedure is ‘purely cosmetic’ or amounts to necessary healthcare – there is another possible conundrum for HMRC to confront in relation to those who require such help.

A Revenue manual on ‘Business Income’ last updated only weeks before the Skin Rich judgement notes something of a difference between work obtained by “performers…to gratify their private wish to improve/change their appearance” and treatments “incurred solely for professional purposes.

In the latter case, cosmetic treatments are tax-deductible.

Whilst that wording doesn’t particularly make it easier for clinics providing cosmetic procedures to balance their financial affairs, it does underline – once more – how the UK’s lengthy tax code is complicated, to say the least.

I’m convinced that just as when any other lucrative industry and the taxman find themselves in dispute, the future could turn distinctly ugly.

If you have any queries regarding this article and Botox VAT then please get in touch. If you are simply looking for a Botox treatment, I’m happy to give it a go, but you might be better off carrying on with your search.

You can also read more about HMRC & FTT cases below.