The UK tax code is notoriously complicated. Accountants and tax professionals will often encounter scenarios which give rise to uncertainty of tax treatment. The position is made worse by legislation offering statutory relief qualified by a ‘bona fide commercial’ or ‘main purpose’ test  calling for a judgement to be made on the commercial rationale for the transaction, tax is one commercial consideration  but cannot be the main driver. 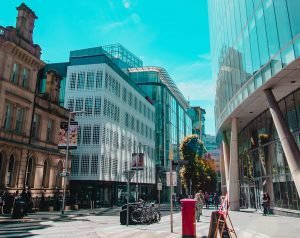 Thankfully, in certain circumstances where typically a subjective judgement has to be made as to the motive for the transaction the relevant legislation enables an advanced clearance request to be made to HMRC; in essence asking HMRC to confirm that they will not apply  anti avoidance provisions.

In addition to these statutory applications HMRC have a discretionary non statutory clearance procedure whereby HMRC can be requested to confirm their position on an issue of material uncertainty – although HMRC have become more resistant to such requests.

What is a Clearance?

There are two forms of clearance application which include:

A statutory clearance is a facility specifically provided by tax legislation and obliges the HMRC to provide a view. Usually, these clearances will be in relief to specific reliefs or anti-avoidance measures contained within the legislation.

Two such statutory clearance facilities include transactions in securities anti-avoidance legislation and reconstructions and reorganisations of groups.

Usually, a clearance application will be on a very specific point. For instance, with regards to reorganisations of groups, one applies for clearance to confirm HMRCs views that an anti-avoidance measure which seeks to deny relief where the reorganisation is not for bona fide commercial purposes.

As such, a clearance application does not remove the need to consider other tax provisions to ensure the criteria for relief is met – merely that a specific point of uncertainty has received a ‘stamp of approval’ from HMRC.

How Can I Make a Clearance Application?

A ‘clearance’ is only as good as the accuracy of the information which was submitted in applying for clearance. It is important that the taxpayer ensures that the specific information that is required to be covered by the application is included. Furthermore, the information provided must be true and accurate and include any relevant information known at the time.

Normally, a clearance application will be split into sections as follows:

Should I Go for Clearance?

Generally speaking, if the chance of successful clearance is high or certain, then clearance should be sought as a matter of good practice and to protect from any future change in view.

However, where there is a risk that HMRC may deny clearance, any planning reliant on that clearance essentially becomes dead in the water. Of course, one is at liberty to take an opposing view to HMRC, qualified by the fact that view is credible and sound.

In ordinary circumstances, one would disclose the fact that an opposing view has been taken in the appropriate way. Typically, this would be via a white space disclosure in the relevant tax return. It is then incumbent upon HMRC as to whether they wish to enquire further.

However, the likelihood that HMRC will enquire further and/or challenge the treatment of a transaction will increase where clearance has been sought and denied. HMRC are not merely in possession of a notification of an opposing view, but rather the full facts priming them to mount a full and cohesive challenge.

Where there is a risk that HMRC may take an unfavourable view, it becomes a matter of protecting against the often unnecessary risk of enquiry and/or challenge.

Making a clearance application that is likely to fail is the equivalent of ‘handing it to them on a plate’ and so it might not be recommended depending on the specific facts.

Whilst this may seem ‘tactical’, it is the taxpayers right to decide whether to apply for clearance. Rationally, one must consider the implications of a denied clearance, particularly if the intention is to continue regardless.

The general approach amongst tax professionals is to go for clearance as a matter of good practice. However, one must seriously consider the risk of HMRC denying clearance and the implications that has on any planning and the risk of enquiry/challenge.

ETC Tax has extensive experience with obtaining clearances from HMRC. If you need assistance, please get in touch. 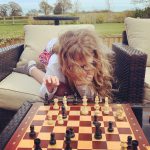 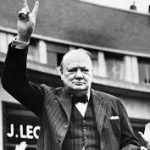 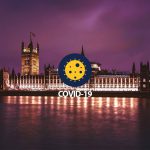