The Haworth Case – Are too many Follower Notices Going Unnoticed?

Lessons Learned from The Haworth Case – Are too many Follower Notices Going Unnoticed?

HMRC and their powers have been the subject of recent criticism – most notably by the House of Lords sub-committees. The recent case of Haworth has highlighted HMRCs ‘relaxed’ approach to issuing follower notices, overextending their reliance on a ‘relevant’ judicial ruling as being ‘likely’ to apply, rather than satisfying themselves with a significant degree of confidence. 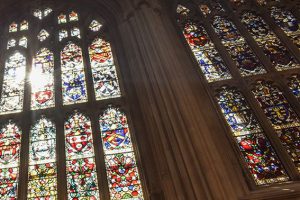 If a follower notice has been received, it would be recommended that one take steps to review its validity and make a representation to HMRC.

Finance Act 2014 saw the introduction of the Follower Notice regime into HMRCs armoury on the crackdown of tax avoidance. HMRC may issue a follower notice to taxpayers who have been involved in arrangements which have been defeated in the courts. This notice stipulates that the taxpayers must take steps to settle their affairs or face a penalty of up to 50%.

A valid follower notice requires that:

A key point of concern for many advisers and professional organisations is that the taxpayer has no right to appeal a follower notice. This seems unfair but could be considered as proportionate in the context of tackling tax avoidance.

The legislation does provide that the taxpayer is able to make a ‘representation’ to HMRC, allowing one to challenge the follower notice or express their discontent. In the absence of a convincing challenge, this will fall often fall on deaf ears and taxpayers will be in receipt of a generic response. However, this should not dissuade taxpayers from making a representation as it could ‘kick the can down the road’ and buy the taxpayer some breathing space.

Lacking any right of appeal, taxpayers are entitled to consider a judicial review case to challenge the validity of the follower notice. One recent case is that of Haworth.

The taxpayer here entered into a scheme dubbed a ‘round the world’ scheme. A settlor-interested Jersey trust held shares in a company which was going to be floated. The floatation would involve the sale of shares thereby crystallising a potentially large capital gains tax liability.

HMRC were successful in another similar case (Smallwood) and used this as the basis for issuing a follower notice. HMRCs success was on the basis that the trust in Smallwood was tax resident only in the UK based on a finding of fact that the place of effective management of the trust company was in the UK.

What was the challenge against the Follower Notice?

The key issue revolved around whether the decision in Smallwood was a ‘relevant’ one and whether the content of the follower notice met the necessary conditions.

In order for a decision to be relevant, HMRC needs to be of the opinion that the principles laid down, or the reasoning given, in the ruling would deny the asserted advantage. When issuing a follower notice, it’s content must explain why HMRC considers that the ruling is relevant.

In respect of the first limb, HMRCs view was that this would be met where the principles or reasoning given in the ‘relevant’ ruling were more likely than not to deny the asserted advantage.

Recognising the seriousness of a follower notice, it was considered that the intention of the legislation was that follower notices would be used in limited and exceptional circumstances – this was justified by the inability to appeal a follower notice to the FTT which goes against ‘the constitutional right of access to the courts’.

As such, the judges interpreted the meaning of whether the ruling ‘would’ deny the advantage as requiring a substantial degree of confidence in the outcome rather than HMRCs somewhat more relaxed ‘more likely than not’.

The content of the follower notice must also explain why HMRC considers that the ruling meets these requirements. As noted above, HMRCs success in the Smallwood case relied on establishing the Place of Effective Management of the trust company. However, in the Smallwood case, this was a finding of fact – with the tax outcome flowing from this.

In this case, the follower notice was, in the view of Lord Justice Newey, framed in generic terms and needed to give more information about why the place of effective management was thought to be in the UK. Given that this point was critical in determining whether the ruling would be effective in denying the advantage, this meant that the follower notice was deficient and therefore unlawful.

This case provides useful guidance in determining whether a judicial ruling is ‘relevant’ for the purposes of issuing a follower notice. It also highlights HMRCs lax approach to issuing follower notices, particularly when contrasted with the potential severity and consequences imposed on the taxpayer.

HMRC fell short of the qualitative requirements to issue a follower notice. Worryingly, HMRCs admitted position was that their view of the test to establish whether a judicial ruling ‘would’ apply is one based on the balance of probabilities (more likely than not).

Clearly, this raises the question as to how many other follower notices which have been unlawfully issued. With the growth in HMRC powers and their increasingly aggressive litigation strategy, taxpayers should seek help from professional advisers who understand the scope and limits of HMRCs powers.