At nearly 400 pages delving into HMRC’s Annual Report is not for the faint hearted! 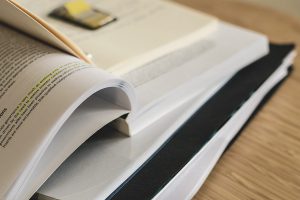 However, a little effort and perseverance yields some interesting facts, for instance that the highest paid HMRC director earns twice that of the prime minister (that is if pension benefits are taken into account ).

Anyone accustomed to reading a report of one of the larger plcs will see many resemblances in format if not in length.

HMRC is a non ministerial department, which interestingly means that it has no minister directly responsible for its administration to parliament and this may account for why the first 160 pages seem to be given over to HMRC singing its own praises.

There is a growing sense that HMRC is becoming a political animal; some of the recent statements made in response to the growing concern as to the 2019 Loan Charge and the ongoing review of it have a distinctly political spin to them.

The self-congratulatory tone of the report feels like HMRC positioning itself to head off criticism.

HMRC has its own wholly owned subsidiary – Revenue and Customs Digital Technology Services Limited, actually a company formed in July 2015 and limited by guarantee. Interestingly although filed at companies house and thus in the public domain the initial articles (they have since been amended) were marked  “official sensitive“ the reason for this is not abundantly clear, nor why HMRC felt it appropriate to spin off what appear to be core activities into a company (with even less scope for direct responsibility to parliament ).

Although constituted as a not for profit organisation to 31 March 2019 it had taxable profits of £132m and paid corporation tax of £25m, it would be interesting to understand HMRC compliance process on receiving the tax return!

According to its annual report RCDTS exists to support and deliver HMRC Executive Committee’s ambitious digital vision. Working with Chief Digital and Information Officer Group, RCDTS Ltd is integral to managing and innovating our digital and technology services … The people employed by RCDTS are not civil servants. They work alongside our existing CDIO Group teams, so we very much think of RCDTS colleagues as part of the team.

In simple terms HMRC has spun off its IT development activities and are using non civil servants to do this.

The fact that RCDTS employees are not civil servants is reflected in its wage costs, its 750 direct employees have average salaries of £42,000 and its 250 consultants average earnings of over £110,000, by comparison the average HMRC employee earns £26,000.

The report is to 31 March 2019, at that date 5,400 staff approaching 10% of the workforce were involved in Brexit with a cost of £262m , in addition an unspecified number of consultants had been engaged.

HMRC collects £629b with a cost of £4b or at a cost of 0.63%, which as much of tax collection is now automated many regard as high.

And How About Off Payroll Working?

The report also comments upon the impact of the revision to the off payroll working provision in the public sector (introduced in 2017) where a number of consultants have been assessed to identified  that the intermediaries legislation applies. This tends to confirm HMRC published view that the IR35 provisions have historically largely been ignored or simply not understood and possibly one small factor in the recent announcement by HMRC that they will not as a matter of routine peruse  earlier liabilities.

We will continue to look at the annual report and comment further in later newsletters. For more info on any of the details discussed here, please contact a member of our helpful tax advice team. You can also read more about HMRC in our HMRC Watch section…