The tax benefits of using trusts have been eroded over the last two decades – however, they are useful vehicles for the management, control and protection of assets. 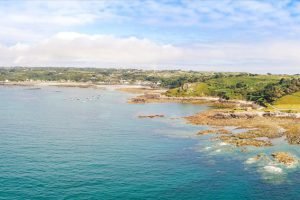 As with any trust, the settlor will transfer assets on to the trustees who will manage and apply those assets for the benefit of the beneficiaries (which might include the settlor).

Offshore trusts, meaning those resident overseas, were popular for many years but alongside general changes to the taxation of trusts, and specific changes to the taxation of offshore trusts, in particular, wide-ranging anti-avoidance measures, mean that such offshore structures are far from the panacea that some people might imagine especially for UK resident and domiciled individuals.

Generally speaking, in absence of any anti-avoidance provisions, non-UK trustees will have the following exposure to UK taxes:

The non-UK trustees will not be subject to capital gains tax in respect of disposals of other UK assets such as shares.

If it were not for anti-avoidance rules, the general position would appear to afford a UK resident individual a convenient means of generating income and gains within the trust without any UK tax liabilities.

There are two main sets of anti-avoidance rules that are relevant and would need to be considered by any UK resident contemplating the settlement of an offshore trust:

The TAA rules are likely to apply where an interest is retained, and the settlor remains UK resident. Where they apply, the foreign income of the trust would be attributed to the settlor. There are two main defences to these rules:

The rules may also result in the attribution of trust income to beneficiaries of the trust rather than the settlor when benefits are received from the trust.

The capital gains tax anti-avoidance rules apply to gains realised over a number of years that are not chargeable until distributed by trustees to a UK resident beneficiary. The computation of ‘stockpiled gains’ is quite complex. However, broadly, the rules provide for a penalty to be applied where the capital is held within the trust in order to seek a deferral of tax.

Again, these rules are only likely to be problematic if UK tax resident.

From a UK perspective, generally the rules are concerned with whether you are resident in the UK. If you are, HMRC is not really interested in where the trust or other entity resides (as long as any taxes are being paid).

Further tax may arise if the settlor dies within seven years of the date of transfer.

Non-UK resident trusts remain potentially subject to inheritance tax in respect of UK situated assets meaning that charges to inheritance tax of up to 6% of the trust fund arise every ten years. Such charges may also arise when capital is distributed from the trust.

Although non-UK resident, the trust may still need to be registered with HMRC, particularly if there is UK source income or gains to report or an inheritance tax liability.

New Rules – Is it worth the bother?

Changes to the taxation of offshore trusts over the last few decades mean that they offer no or limited advantages to UK resident and domiciled taxpayers over UK trusts and may introduce unnecessary complications and expenses.

Those who are considering the establishment of such a structure should consider whether a UK trust or family investment company might better suit their objectives while those who have established historic structures may wish to consider what steps might be taken to unwind the structure.

For more information on setting up a trust or managing a trust, please contact a member of our helpful tax advice team who are on hand to help with international and UK based trusts.

You can also read more about Trusts below…