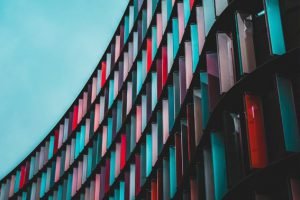 The charge extends to disposals of shares in “property-rich companies”.

Disposals of other UK assets by non-UK residents, such as shares in non-property rich companies, remain outside the scope of UK capital gains tax.

Re-basing of property to April 2019 value

Non-UK residents disposing of properties from 1/6 April 2019 will only suffer tax in respect of gains arising from that date onwards, i.e. the properties will be re-based to their market value at that date.

Non-UK residents making disposals of commercial properties acquired pre- April 2019 onwards will therefore need to obtain valuations of the property at that date.

If the disposal would have resulted in an overall capital loss if not for the re-basing of its value to the April 2019 value, re-basing can be disapplied.

The tax rate applying will be the same as for an equivalent UK tax resident.

The treatment of capital losses

For non-UK resident individuals, losses will be ring-fenced to be set against gains arising on the disposal of other UK properties, whether residential or commercial, in the same or future tax years.

Should a non-UK resident subsequently become UK resident, any unused UK residential property losses will be available as general losses against other types of gain.

To prevent avoidance of the rules by holding properties through a corporate vehicle, the rules have been extended to cover disposals of shares in “property-rich” companies. If shares in such a company are sold, rather than the underlying properties, the gain will still be subject to UK taxation.

A property-rich company is defined as one in which, at the date of disposal, 75% or more of its gross asset value, derives from UK property. Since it is the gross asset value which is considered, no allowance is made for debt and other liabilities in determining whether the test is satisfied.

The legislation also applies an ownership test which considers whether the non-resident, together with connected parties, has held a 25% interest in the land-owning company. That 25% holding can be direct or indirect and the required holding must have been in the past two years, which effectively prevents disposals of the property immediately after reducing holdings to less than 25%.

Non-residents may also be taxed in their country of residence as well in the UK, and further consideration as to whether there is a double tax treaty to relieve the amount of tax paid in the UK or overseas should be sought.

The below table shows how the tax charges on UK property have changed in the last 5 years:

For more information on Non UK Resident Property Tax please contact a member of our helpful tax advice team. You can also read more about property tax and non resident tax below…