IR35 & the Private Sector- Who is Liable, for What & When

This is an updated and extended version of an article which initially appeared in a Pannone Corporate newsletter.

It takes account of responses made by both the Law Society and the Association of Tax Technicians to HMRC’s Further Consultation on the off – payroll Rules and the publishing of the draft legislation.

As we explore both professional bodies heavily criticised the consultation process and the draft legislation. 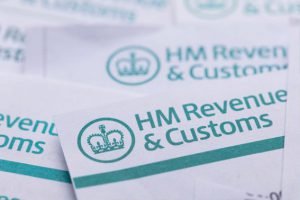 Although the off-payroll working provisions, colloquially known as IR35, have been around for nearly 20 years the provisions have been largely ignored!

HMRC are unsure if this is through lack of understanding or blatant non compliance, although in the latter case HMRC’s compliance activity has been minimal.

It was against this background that provisions were introduced in 2017 to shift responsibility for compliance from the IR35 contractor to the end user. Initially the revised rules only applied to the public sector but from 2020 they will be extended to the private sector;  but here only to medium and large employers, basically companies who meet two out of three tests – employing more than 50 employees, with a turnover of more than £10.2m, a balance sheet exceeding £5.1m.

In a nutshell the company utilising the services of the contractor will be required to determine that absence the imposition of the personal service company (PSC) the contractor would be regarded as an employee and if this is the case a PAYE and NIC withholding and accounting responsibility arises. I

f the experience with the public sector is any guidance, it is likely that for many organisations the default position will be PAYE and NIC.

In all circumstances and regardless of the complexities of the supply chain it is the end user, known as or the engager, who is responsible for making the assessment as to PAYE/NIC liability. They may also have the responsibility to account for the tax and NIC but where there is an extended supply chain this may not be the case and responsibility can lie further down the chain with what is known as the fee payer.

HMRC acknowledge that this is likely to have a disproportionate impact on the recruitment industry and their own research suggests an upfront cost of £14.4m associated with putting in place the systems to deduct and account for PAYE and NIC.

The chain rules apply by passing down the chain responsibility for accounting for the tax and NIC to the party in the chain immediately above the PSC which lies at the bottom of the chain.

This is achieved by placing responsibility upon the end user for determining the workers status (see above).

The end user will remain responsible for PAYE and NIC deductions until such as they pass that determination of the worker’s status on to the worker and the body they contracted with. The body they contracted with becomes the fee payer and responsible for PAYE and NIC until such time as they pass the determination down the chain. This pass the parcel approach ends at the organisation immediately above the PSC (which may be a recruitment agency).

The medium/ large company test only applies to the engager and a “small” fee payer remains responsible for PAYE and NIC.

HMRC can in certain circumstances transfer liability back up the supply chain and clearly this could have  a significant commercial impact on a supplier in the chain; who have acted responsibly but because of the default of a supplier becomes responsible for PAYE and NIC. The consequences of this could be devastating. This is the issue the professional bodies commented upon.

New section 688AA ITEPA 2003 simply states that regulations may make provision authorising recovery of an amount “that an officer of Revenue and Customs considers another person should have paid under PAYE regulations in respect of a deemed direct payment”.

This is not what was envisaged at the consultation stage and gives very wide discretionary power to individual officers, who will be constrained (if at all) only by published guidance (which HMRC have in other circumstances offered little). This is totally unsatisfactory  and is part of a developing trend for HMRC to encourage parliament to grant them growingly wide powers. For the system to work there needs to be an element of discretion and judgement but  a taxpayer also requires some certainty of action. For parliament not to indicate the factors a reasonable inspector should take into account in exercising discretion is unacceptable in any event and more so when a tax liability can be imposed on an unwitting (and “innocent”) supplier in the supply chain.

What Does the Future Hold for IR35 & the Private Sector?

A recent Tribunal case has determined that the “courts” other than through judicial review have no power to review HMRC’s exercise of discretionary powers, we explore the wider impact of this case in a further article.

One small element of good news is that the fee payer is not responsible for student loan deductions, holiday pay and statutory payments and auto enrolment but can be responsible for the apprenticeship levy.

All those using the services of or supplying workers operating via a PSC need to consider their procedures and operating practices and begin planning now if they have not already done so. The public sector changes distorted the marketplace with many contractors declining to work for public sector end users or requiring increases in the fees payable; the scope for such fall out in the private sector is likely to be more limited, but non the less remains a concern.

Learn more about IR35 and off-payroll working or contact a member of our helpful tax advice team for assistance in dealing with IR35.