April 2021 Changes & IR35 – What Should Advisers, Accountants & Contractors Do? 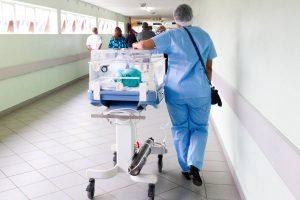 To recap; IR35, introduced in 2000, is an anti-tax avoidance rule that applies to all contractors and freelancers who do not fall under HM Revenue & Customs’ definition of being self-employed. From April 2021, every medium and large private sector business in the UK will become responsible for setting the tax status of any contract worker they use, as is already the case in the public sector and nobody other than HMRC seem happy.

Many companies (the end users) are afraid of falling foul of the IR35 rules and are now scrapping their contractors altogether. It now looks like the changes to IR35 go ahead in April as planned despite our former Chancellor Mr Javid promising to review the proposed changes to IR35 in the period leading up to the election.

As with a lot of pre-election promises, the review has not quite turned out as promised and Mr Javid is Chancellor no more.

The promised review turned out to be little more than a box ticking exercise which has done nothing to calm the fears of hundreds of thousands of people who consider themselves self-employed who face losing their contracts because of the changes.

The changes to IR35 due to hit the private sector in April 2020 shift responsibility for judging whether contractors are “falsely self-employed” or not from contractors themselves to their clients, the end users. The problem is that the IR35 rules are very complex and if the end users get them wrong, they risk taking on an enormous tax liability and fines. Previously this risk sat with contractor but due to perceived high levels of non-compliance, Government has switched the risk to the end user. They have deeper pockets and bigger reputations to manage. Compliance in theory should be much better.

The changes apply to large and medium size end users and most of the larger and naturally more risk-averse banks have decided to blanket ban Personal Service Companies (PSC) contractors. Others are only keeping contractors if they are willing to work “inside IR35”, where they would pay the same higher rate of tax as employees without any of the benefits. Twitter is full of tweets about this very point. Why should contractors pay the same tax as an employee when they are only deemed an employee by these IR35 rules. Contractors don’t have any employment rights. There are only employees for tax purposes. Hardly fair is it?

The self-employed contribute £305bn to the economy every year (said to be enough to fund the NHS twice over). In the long run, instead of boosting government tax revenue, these changes may do severe damage to the economy and the stated £3.1bn upside may be a tad optimistic.

Accountants have suggested that with end users now blanket banning the use of PSCs across various sectors due to fears of liabilities, significantly more than 170,000 people are facing drastic and unnecessary changes to their livelihoods.

Our new (the current) Chancellor Rishi Sunak has attempted to reassure businesses they would be given enough time to adjust to the changes and he has spent time with HMRC to ensure the department would give people time to adjust to the rules throughout the first year. However, campaigners are arguing that his comments show HM Treasury has no intention of making significant changes to the IR35 shake-up despite the ongoing backlash from the business and contractor community and HMRC may well retrospectively attack those contractors that switch from outside IR35 to inside IR35.

What should contractors do?

What should those affected by these changes be doing?

Well contractors should be looking to see if their clients are NOT large or medium sized. Anyone contracting for a SMALL client will not be affected by the April 2021 changes but will still have to abide by the existing IR35 rules. The risk of failure to comply still sits with the contractor.

Also, revisit your contracts. Although we say you cannot contract your way out of IR35 now would be a good time to find that contract and make sure it is still fit for purpose. We have heard that some contractors are being offered “pay for” reviews by unknown third parties. Don’t buy this: ask your existing accountant or us!

What can accountants do?

Accountants can help their contractor clients by holding their hands through what will undoubtedly be a stressful time for all parties. Showing some emotional intelligence (EQ) would be really helpful especially with the current focus on good mental health and well-being. These kind of tax policies hardly help good mental health for those affected.

Will IR35 be this Government’s Poll Tax moment?

I think it will end in tears and the introduction should be stopped and a proper independent review carried out. Don’t say I sit on the fence when asked to give a view.

Contact a member of our helpful team for more info, help and advice regards IR35 or be sure to read more about the topic below on ETC Tax.