For a number of very good reasons, it was once (not all that long ago!) a popular piece of tax planning for non-UK domiciled individuals to hold UK assets, in particular property, through non-resident companies. 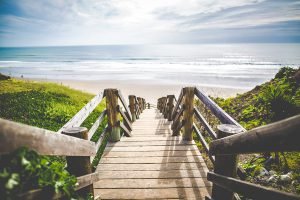 Indeed, there are estimated to be around 97,000 properties in England and Wales owned by offshore companies incorporated for such purpose. Particularly common jurisdictions of choice were the Caribbean Islands, such as the British Virgin Islands and the Cayman Islands, due to their extensive professional infrastructure and similarities to UK law.

Roll forward to the present, any tax benefit of an offshore structure holding UK properties has been significantly eroded by wide-ranging changes to UK taxation. At the same time, we find taxpayers struggling with offshore entities that incur (sometimes) extortionate annual service provider fees to keep the companies running and have been unable to obtain any form of new lending due to issues with jurisdictional due diligence.

We are increasingly being asked to advise clients in such a situation, in particular, what options are available to them to mitigate the damage.

To understand the recent changes, it helps to understand why these companies were incorporated in the first place. There are other considerations, but these are the most significant.

It was a basic principle of UK CGT that it only applied to UK resident individuals and trustees while corporation tax applied to the gains of companies.

UK resident individuals and trustees are resigned to paying CGT on chargeable gains exceeding their annual exemptions on the disposal of UK assets including properties unless, in the case of residential property, main residence relief was available.

In contrast, non-UK resident persons escaped the CGT on the disposal of UK assets (though, in the instance of trusts, it was possible for the gains to be matched to capital payments and benefits provided to UK resident beneficiaries).

Liability to UK IHT depends on the taxpayer’s domicile rather than residence.

Broadly, the rule was that if a taxpayer was UK domiciled, then they would only pa UK IHT on their worldwide assets. In contrast, if non-domiciled they would be subject to IHT on UK assets only. Any assets held overseas, including shares in foreign companies, would be ‘excluded property’ and fall outside the UK tax net. UK property held through an offshore company would be excluded property on the basis that the asset within the non-dom individual’s estate, or held by a trust, would be the company shares rather than the properties and therefore fall outside the UK IHT net.

Historically, a non-UK resident company was within the charge to corporation tax only if it carries on a trade in the United Kingdom through a permanent establishment in the UK.

Wide-ranging change over a number of years have massively impacted the previous position.

The ATED-related CGT charge introduced in April 2013, followed by the non-resident capital gains tax charge introduced in April 2015, brought disposals of UK residential property by non-UK resident persons within the scope of UK CGT. From April 2019, the scope was further expanded to include disposals of commercial properties and shares in “property-rich companies” (where 75% or more of the company’s assets is UK property) by non-residents.

From April 2020, non-UK companies holding UK property will be aligned with UK resident companies and be subject to UK corporation tax rather than income tax on their rental profits. These changes will also impact those carrying on a UK property business indirectly through transparent collective investment vehicles.

Now we have set out the issues facing owners of non-UK resident companies holding UK property, it is possibly a fair comment to say that any prior tax advantage which was once available is restricted.

Many of our clients, for practical purposes also, are now looking for options to ‘cut out the middleman’ and simply bring their UK property assets within the scope of UK tax.

This does not constitute advice, merely, an overview of common themes. Appropriate advice should be sought as there is no ‘one size fits all’ scenario. There may be further options depending on circumstances.

If a taxpayer wishes to get rid of their non-UK company holding UK property, they might look to liquidate the company.

The precise process will depend on the jurisdiction involved but will generally involve the appointment of a liquidator, the cost of which will need to be factored into the decision. The liquidation will result in the distribution of company assets, including the properties, to the shareholders… The distribution in specie should be treated as a capital distribution in the hands of the shareholders (and therefore CGT issues must be considered). Provided the is no consideration given for the property, there should be no stamp duty land tax (SDLT) issues.

Once the UK properties have been removed from the company structure, the income from the property will be taxed on an arising basis as if held in a personal capacity. If a taxpayer is non-resident, they will need to comply with the non-resident landlord scheme (discussed here https://www.etctax.co.uk/non-resident-landlord-scheme/).

The UK has become an increasingly attractive jurisdiction in which to hold property, therefore although a taxpayer may want to wind up an existing offshore company, they could ‘replace’ it with a UK company.

Establishing a new UK company for purposes of purchasing/holding investment properties would have numerous tax benefits such as:

The offshore company could be brought within the UK tax net by ensuring it was centrally managed and controlled from the UK.

The assets of the offshore company might then be transferred intra-group to the UK company on a no gain/no loss basis.

The offshore company might subsequently be liquidated, but care would be required in respect of potential ‘degrouping charges’. If the company is not liquidated, the fact that it would be little more than a shell with no assets or activities may result in lower ongoing annual fees.

An alternative to the above would be to remain offshore but ‘re-domicile’ the company to one of the UK Crown Dependencies, i.e. the Channel Islands or the Isle of Man.

These jurisdictions are suitable for securing lending, provide a well-established infrastructure  and may offer more competitive pricing for professional and secretarial services.

The process of redomiciling effectively ‘switches’ the domicile of the company from the country of its incorporation to the country of choice. The methodology in doing this varies massively by jurisdiction. However, while redomiciling may assist with wider commercial issues in respect of lending and access to competitive professional services, it doesn’t change the UK tax position and the above comments in respect of CGT, IHT and corporation tax would still be in point.

How can we help?

Ultimately, what options are available and which route might be suitable is dependent on any number of factors including the taxpayer’s future plans for the assets within their company and also what their initial objectives were for setting up the off shore structure in the first place, i.e., protection of family wealth. Other factors are the taxpayer’s overall UK tax residency and UK taxable income, all of which need to be assessed on an ongoing basis.

As a firm of UK tax advisers, we are well versed with the application of UK tax rules. We specialise in advising international clients, but ultimately, we are not regulated to advise on any non-UK tax issues. However, we have built up a significant network of global partners who may assist in dealing with matters in a great many jurisdictions, therefore we can provide a complete one stop shop service.