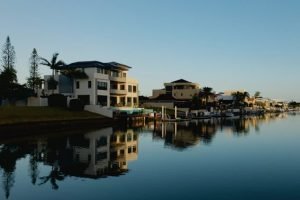 The concept of domicile dates back to the Roman Empire and is generally described as a person’s permanent home. Although often referred to in a tax context, domicile is much broader and is rooted in private international law, which seeks to manage the competing priority and conflicting applicability of laws from different jurisdictions.

Distinct from nationality, citizenship and residency, a person cannot be without a domicile and may only have one domicile at a time.

For tax purposes, domicile is a fundamental concept, which the UK uses as a primary means of taxing individuals. In consideration of the increasingly globalised world, improved travel and greater freedom of movement, the UK has sought to significantly develop the law of domicile in the UK, this is what I will consider here.

Common Law Domicile
Historically, the law of domicile developed through common law, which provided for domicile to be founded on one of three links, these are, domicile of origin, domicile of dependence and domicile of choice.

In the case of dependency, anyone who is dependent on another and where that person’s domicile changes, the person who is dependent, their domicile will change too. In reference to the latter, it is established that (Bell v Kennedy [1868] UKHL 566 1),

“a new domicile is not acquired until there is not only a fixed intention of establishing a permanent residence in some other country, but until also this intention has been carried out by actual residence there.”

Therefore, domicile of choice breaks down into two elements, the fact of residence (factum) and the intention to remain (animus manendi).

Firstly, the fact of residence relates to actual inhabitance in that country (IRC v Duchess of Portland [1982] Ch 314). Of itself, the fact of residency does raise a presumption of domicile (Bruce v Bruce (1790) 2 Bos & P 299) and the length of residency is relevant in determining this. However, this is not determinative and in some circumstances, can override express declarations of contrary intention (Stanley v Bernes (1830) 3 Hag Ecc 373).

The second element relates to an individual intending to make the new jurisdiction their permanent home (Whicker v Hume (1858) 22 JP 591). Intention of residence is defined as taking place when,

“[the person] intends to make his home in the new country until the end of his days unless and until something happens to make him change his mind. […] if a man who has made his home in a country other than his domicile of origin has expressed an intention to return to his domicile of origin or to remove to some third country on an event or condition of an indefinite kind [i.e. winning the lottery], it might be hard, if not impossible to conclude that he retained any real intention of so returning or removing.”

As noted above, a taxpayer may only have one domicile at a time and therefore, for one to divest themselves of their domicile of origin, one must take significant steps to move away and actually intend to move away.

Despite only being able to have one domicile at a time, UK legislation creates the legal fiction of deemed domicile, which if applies, deems the taxpayer as UK domiciled. Notably, this does not change the taxpayer’s actual domicile.

Deemed domicile has undergone significant change in recent years. Specifically, fundamental changes have moved income tax and capital gains tax to the deemed domicile framework and added to the applicability of inheritance tax for the purposes of deemed domicile.

If the taxpayer falls within the deemed domicile rules, they will be treated as domiciled in the UK, for tax purposes.

Prior to 6 April 2017, there were no applicable deemed domicile provisions applicable, instead the common law rules applied, alongside existing rules such as the remittance basis. From 6 April 2017, two rules were introduced that deem a taxpayer as domiciled for income tax and capital gains tax purposes. These are,

• Condition A – An Individual is treated as domiciled in the UK if s/he was born in the UK, their domicile of origin was the UK and is resident for the relevant tax year. Or,

• Condition B – An Individual is treated as domiciled in the UK if s/he has been resident for at least 15 of the last 20 years preceding the relevant tax year.

In implementing the rules, the legislation provides for a rebasing of assets for capital gains tax purposes, if the taxpayer is non-domiciled and would be caught by Condition B, above.

Prior to 6 April 2017, persons were deemed domiciled for inheritance tax purposes when they were,

• Domiciled in the UK within the previous 3 years;

• Opted for the inheritance tax legislation to apply, in satisfaction of the spousal election rule.

However, from 6 April 2017, persons are now deemed domicile for inheritance tax purposes if,

• An Individual is treated as domiciled in the UK if s/he was born in the UK, their domicile of origin was the UK, is resident for the relevant tax year and was resident for 1 of the 2 tax years immediately before the relevant year. (Formerly Domiciled Resident)

• The Individual was domiciled for any point within the last 3 years.

• An individual elects to be deemed domiciled under the spousal election rule. (Spouse Election Rule)

In implementing the rules, the legislation provides that the rules do not apply to an individual not resident in the UK after 5 April 2017, where the 15 of 20-year rule applies. Therefore, providing an opportunity for those not wishing to be subject to the UK inheritance tax regime to apply to leave.

As noted above, the deemed domicile rules are a legal fiction and do not reflect or change the actual domicile of an individual. Therefore, careful consideration must be considered in relation to the potential jurisdictions that may be relevant, their laws and how they may conflict. In particular, there may be circumstances whereby a person may be deemed domiciled in the UK and resultingly taxed in the UK, but the law of succession could apply elsewhere, based on their actual domicile, in another jurisdiction. This can cause a confusing application of the law and may present a legal minefield, without careful consideration and planning.

With the new introduction of the rules it is easy to lose focus on the actual issues at hand. In particular, focus should not be detracted from the common law rules, as for example, an individual may become actually domiciled from day 1 if they move to the UK and have the requisite intention to change their existing domicile.

If you or your clients need help with Domicile and The New Deemed Domicile Rules, HMRC Guidance, RDR1, RDR2, RDR3, SRT, IHT & CGT or a similar issue, or indeed if there are any other tax issues that you feel we may be able to help you with, please contact us at enquiries@etctax.co.uk or on 0161 711 1320. You can also read more about non-dom and domicile tax planning below.