No likey, no lighty – taxation implications of divorce

Whilst not the most romantic reason to pop the question, marriage and civil partnership do have many tax advantages, particularly from a capital gains and inheritance tax perspective. But, nearly 500 years after Anne Boleyn first caught the eye of Henry VIII, divorce is almost as regular an occurrence as marriage, just ask Katie Price. 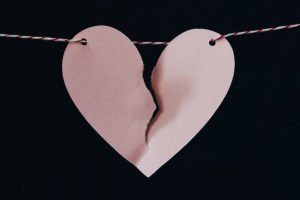 “We sleep in separate rooms, we have dinner apart, we take separate vacations – we’re doing everything we can to keep our marriage together.” — Rodney Dangerfield

Perhaps something that was not an issue for one of the world’s most powerful and wealthy individuals at the time was the question of tax following his divorce, nor does it seem that Take Me Out’s Paddy McGuinness is particularly concerned with the potential for the breakdown of a relationship and the subsequent tax treatment of their assets as he whisks his contestants off to Fernando.

No likey, no lighty, no tax implications.

Unforeseen tax implications can have a major impact on clients and cause further areas of contention in an already difficult circumstance. There are a surprising number of intricacies surrounding the tax treatment of assets which can often have a bearing on the structuring of the divorce settlement.

Outlined below are some of the more common considerations.

Transfers of assets between spouses are normally made on a ‘no gain-no loss’ basis for CGT purposes, which means no CGT is due. However, if spouses have permanently separated, the no gain-no loss treatment for CGT only applies until the end of the tax year of separation.

The legalities and personal issues of finalising a divorce can result in this process taking a significant amount of time.

The tax treatment is steered by the actual separation of the spouses, not the finalisation of the divorce settlement, nor even the actual initiation of proceedings for divorce.

Rodney Dangerfield’s light-hearted joke above therefore has some context, a spouse may be separated long before the question of formal divorce has ever arisen. Naturally, this is also an area of challenge by HMRC given that ‘separation’ is very much a question of fact.

This can present problems. After the tax year of separation, transfers between spouses, either as gifts from one to the other, or by court order, may result in a CGT liability for the transferring spouse as (subject to any reliefs or exemptions) the transfers are deemed to take place at market value.

Transfer of the family home after a divorce

Sometimes following separation, one spouse will leave the matrimonial home and agree to transfer their share to the other spouse who remains. Principal private residence (“PPR”) relief provides an important exemption from CGT here.

Where the asset being sold or transferred is or was an individual’s primary residence, PPR relieves from CGT a proportionate period that the property was occupied as such.

Further, the final 18 months of ownership are always covered by the exemption even if the individual has moved out, although this will fall to 9 months from 6 April 2020.

Spouses may have only one primary residence between them at any moment. As such, it is common for the leaving spouse to elect another property as their primary residence for PPR purposes once they leave. This can present a problem for the availability of PPR on any subsequent transfer of the marital home.

If a spouse transfers their share in the property to their ex-partner within the tax year of separation, it will be on a ‘no gain, no loss basis’ as described above. This means that the spouse making the transfer will avoid CGT at that time and will be free to claim for PPR on another property.

Relief may still be available under a specific statutory provision for the individual who has moved out if:

1. The disposal is pursuant to an agreement in the divorce or a court order as part of a financial settlement;

2. The property continues to be the main residence of the spouse to whom the property is being transferred; and

3. The spouse who moved out has not elected another home to be his/her main residence.

This relief is useful where the transfer takes place a while after one spouse moves out, but as can be seen from point 3 above, it is necessary for the leaving spouse to take steps to not elect for another property to be their primary residence. This would mean that any new property acquired would not qualify for PPR until such time as the previous property is transferred.

If a rental property has at some stage been the primary residence of the owner(s), then an element of CGT relief will be available proportionate to the amount of time the property was used as such. If this is not the case, then the entire gain would be subject to CGT.

Common scenarios within divorce agreements are as follows: –

1. One spouse transfers their interest in any rental property to the other.

2. Spouses exchange interests in multiple properties so that each become sole owners of individual properties.

Gains are only charged to the extent that either party receives consideration valued above the amount that they give. This is the case provided the property does not become the residence of the transferee within six years of the transfer.

If the properties have the same value, if there was to be a split in the ownership, there would be no tax on this transaction as there is no exchange of value.

3. Properties are retained within joint ownership and continue to be rented out.

If there is no change of ownership, then there is no CGT charge and no transfer of value. After the divorce, income from the properties no longer needs to be split 50/50 but can be allocated in whichever proportions that are agreed. This would be commonplace as part of the negotiations for the continued maintenance of a spouse and children.

(Whilst we have discussed rental property in this section, similar principles will apply to other non-property assets)

For completeness, property that is transferred as part of an agreement or court order in divorce is generally not subject to SDLT.

In the tax year following the separation, business assets would be subject to CGT if transferred between spouses.

Such assets may be eligible for a CGT relief known as ‘holdover relief’. This works on the basis that the receiving spouse agrees with the transferring spouse that they will receive the assets at the original cost to the transferor.

This avoids the disposal being subject to CGT based on the market value of the asset resulting in no immediate charge to tax, but any future disposal would be calculated using the lower cost.

Claiming holdover relief will depend on the willingness of both parties to sign the required holdover election, however.

Entrepreneurs’ relief (“ER”) may also be available when, say, shares in a family business are transferred from one spouse to the other, which would subject any gain to a rate of tax of 10%.

ER requires that the individual who is disposing of the shares owns at least 5% of the ordinary shares and be a director or employee of the company for the 24 months up to the date of transfer.

There could be an issue caused here if, for example, it is agreed during negotiations between the divorcing spouses, that the spouse who is transferring the shares will step down as a director of the company. ER will be lost if he/she steps down before the share disposal.

Transfers between spouses who are both UK domiciled, or both non-UK domiciled, are exempt from IHT until the date of the decree absolute. If a transfer is made after the divorce is finalised, it may come within an exception for transfers made under a court order. However, if the transfer is not covered by the exception, it may be considered a ‘potentially exempt transfer’.

The position becomes more complex where the transferring spouse is domiciled in the UK and the transferee spouse is not. In such a case, only limited IHT exemption applies, if at all.

Accrued pension benefits may be a major asset considered within the divorce negotiations. With the automatic enrolment of many employees into workplace pensions, this is only likely to increase. If either or both of the parties to the marriage or partnership have accrued pension rights, then these are viewed by the court as part of the former spouse’s assets for disposition on divorce.

Typical options applied by the courts in accounting for accrued pension rights on divorce are: –

1. Pension rights may be balanced against another asset (‘pension offsetting’)

2. When one party’s pension is paid out, a portion of it will be paid to the other party (‘pension earmarking’ or ‘attachment orders’)

If a pension is earmarked for a former spouse, full beneficial ownership of it does not transfer to them. This means that the spouse who remains the pension scheme member is chargeable to income tax on the full amount of the pension when it is drawn, despite a set sum being paid directly to their ex-partner. Conversely, the ex-partner has no liability to income tax on the amount paid to them.

3. One party can transfer a share of existing pension rights to the other at the time of divorce (‘pension sharing’)

As can be seen (even by this brief overview), in addition to the legal and financial aspects of separating assets, tax is also a significant issue on separation for those who are married or in a civil partnership and can add unwanted pressure to even the most amicable of splits. A pension fund, in particular, is one of the most complex assets to be split between divorcing spouses. It is also worth pointing out that there have been many recent cases which have reached the courts of spouses who have separated and although were not married, have had to agree to settlements.

Whilst we are not encouraging any readers to separate from their partners, if the situation has reached the point of no return, it is important to seek specialist advice to ensure you understand your tax position, have no hidden surprises and do not miss the opportunity to save tax. The timing of separation and seeking both legal and tax advice is critical to being able to consider some quite basic planning and avoid further headache.

Our team is experienced in dealing with such matters in a considerate manner and work alongside a number of leading advisors in this field ensuring that our clients receive the best possible care. Contact a member of the tax advice team for more information on divorce and taxation tailored to your needs. You can also read more about personal tax issues below…