No doubt Trump or Boris would argue that discretionary power is good and indeed that executive power gives them power to ignore the law.

The Supreme Court thought otherwise, and, in the US, congress is pushing for impeachment. 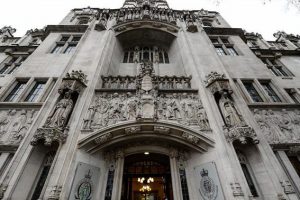 In the UK there is growing concern that HMRC are adopting a similar attitude and in this they seem to be supported by parliament. A recent tribunal case has also established that a tribunal has no power to question HMRC’s use of discretionary power.

Over recent years HMRC has asked parliament for new and some would say extensive penalty provisions, intrusive  powers to investigate and new (possibly retrospective) legislation all of which Parliament has seemed to be only too willing to grant without question. The 2019 Loan Charge which has received so much press comment, early day motions  in parliament and as one of Boris’s first actions a further review is a good example of this process.

It would be interesting to see how many MPs who signed the early day motion or supported the further review actually voted for the legislation. Some of HMRC open responses to an earlier and the current review have a distinctively political feel and there is a growing perception that HMRC is becoming a political animal.

At a basic level discretionary power is required for the system to work but the exercise of discretionary power must be subject to checks and balances. This can be imposed by the entity exercising the discretion, by Parliament in giving guidance as to how and in what circumstances discretion should be exercised or by the courts.

In HMRC’s case there is growing concern that it does not have a minister directly responsible for the workings of the UK tax authority and as such its activities are not directly accountable to Parliament.

As a non ministerial department HMRC has a non-executive supervisory board, several reports have commented on the lack of diversity of its members and a greater need for a range of stakeholders to be represented.

The tribunal case mentioned at the start of this article (Stephen Hoey  v HMRC) covered a number of aspects and at its heart concerned a failed tax planning scheme.

As one of the peripheral issues the tribunal was asked to consider whether HMRC had acted properly in exercising a discretionary power relating to the transferring of a PAYE liability.

The tribunal judge found – I must therefore find that s684(7A) ITEPA does indeed give HMRC the discretion which they say it does and that I do not have the jurisdiction to interfere with whether or not that discretion was properly exercised.

The actions of HMRC remain subject to possible judicial review but this is a more complicated and expensive process and a route not readily available.

To somewhat miss quote the price taxpayers pay for a responsible, transparent and value for money HMRC is eternal vigilance. Unfortunately, parliament and the courts have limited direct powers to exercise “vigilance” and HMRC is putting itself beyond public scrutiny…

For more information on any of the topics mentioned above, please contact a member of our helpful tax advice team. You can also read more about HMRC below…