When reports first appeared in February 2019 that Gerald Cotton, CEO of Quadriga CX, a cryptoasset exchange, had died, online rumours circulated that he had faked his own death and escaped with $190 million. While his death was subsequently confirmed, so too was his theft when the exchange he established filed for bankruptcy. 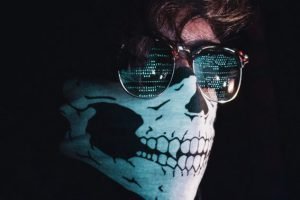 Ten-years after the launch of Bitcoin, and the proliferation of new cryptoassets, frauds, thefts and other problems remain a concern too and while the Quadriga CX instance is a large scale one, the problem is unfortunately common.

What is the position however for those who may have been victims of frauds and thefts?

HMRC’s guidance from December 2019 states that losses might arise in the following circumstances:

We deal with these in turn.

A loss on sale

A loss arising on the sale of cryptoassets will, in most cases, be an allowable loss.

When calculating a loss, you can take into account the cost of acquisition and other incidental costs associated with that transaction, such as:

The tax legislation recognises that assets may become worthless. For example, an individual could hold shares in a company which has entered into liquidation.

Usually, a loss would be crystallised once the company has been dissolved, which could take a number of months or years and, in the meantime, the shareholder could not make an actual disposal of the shares to realise the loss on the basis that there would be no one open to purchasing them. However, it may be possible to bring this loss forward by making a negligible value relief claim.

Such a claim deems the asset as being sold (and re-acquired) at the amount stated in the claim.

The timing of a loss is key as they cannot be carried into a previous tax year.

As such, if possible, a negligible value relief claim should be made as soon as possible. When a loss has been crystallised, it can be carried forward and offset against future capital gains.

Such claims might be possible in the case of crypto assets which have arguably become of negligible value.

Loss of Private and Public Keys

Cryptoassets usually come with a private and public key – usually a 12-digit code. These keys come in pairs and are not identical. These are:

The private key is what grants a cryptocurrency user ownership of the funds and allows you to send cryptocurrency to another user. Your public key the address which third parties will use to send you cryptocurrency.

As such, loss of a private or public key can be detrimental – particularly the loss of the private key.

Loss of the private key is, in essence, loss of the ownership of the underlying assets. This is usually stored on your computer or written down on a piece of paper – if this is the case, a software/hardware issue or plain bad memory can mean that you lose access to your crypto.

HMRC’s take on this is that, legally speaking, the cryptocurrency continues to exist and continues to belong to you. As such, there is no basis on which this could constitute a disposal for tax purposes.

Nonetheless, HMRC may accept that if there is no prospect of recovering the private key or accessing the cryptoassets held in the corresponding wallet, that a negligible value claim can be made. If so, then the relevant cryptoasset will be deemed to have been disposed or and reacquired for nil value and the loss therefore realised.

HMRC’s position on the matter is that they do not consider theft to be a disposal. The individual still owns the assets and has a right to recover them – in essence, HMRC will not accept a loss for capital gains tax purposes.

HMRC may however accept a negligible value claim where a person pays for, then receives, cryptoassets which subsequently turn out to be worthless.

While HMRC’s guidance suggests that this may be possible, an alternative argument might be that the asset to be acquire did not become of negligible value but rather never had any value in the first place. If HMRC was to make this argument, then no loss would be available (indeed, HMRC’s own manuals stress this point, going so far as to capitalise the word BECOME).

Frauds, losses of value, and loss of access to cryptoassets are common problems among crypto investors but as outlined above, all may not be lost and, in certain situations, investors may be able to realise the losses so that they can be set against gains of the same or future years.

If there is anything above which we could be of help with, please do let us know by contacting one of our helpful ta advice team. You can also read more about the tax treatment of crypto assets below.